Only two more weeks of sales and strategy guides for ReconInForce! Last week fans could read the developer’s strategy guide for the highly trained Six O’ Six. Now it’s time to dig into the firepower and ranged combat of the Royal Battery. 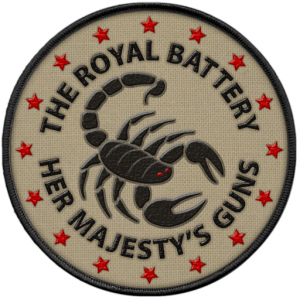 Continue on for developer tips and tricks for playing as the Royal Battery. Then crack open ReconInForce to purchase the commander for only $0.99. For the latest ReconInForce news be sure to like the Facebook Page or follow on Twitter!

For those players who like to turtle, the Royal Battery is the commander for you. Specializing in fighting from behind cover and from far away, the Royal Battery is perfectly content with dragging the game into an attrition war that they are sure to win. They are the only commander that can sustain itself even when faced with a deployment point disadvantage for multiple turns. Once they begin taking moderate casualties, however, it’s game over!

The units of the Royal Battery are intertwined and compliment each other very well! Their flagship unit, the Heavy Artillery, does tremendous damage to enemy infantry and makes a dent in enemy tanks. The attack power can be further boosted by the Spotter’s “Fire Control” ability, which increases the damage received by enemy units. If some unlucky enemy survives a barrage from the Heavy Artillery, an MLRS is always on stand-by to mop up the survivors. Finally, any targets you don’t want to deal with next turn can be effectively immobilized by your Machine Gunners, making them juicy targets for your next assault!

Here’s the unit manifest for the Royal Battery:

The Royal Battery in Dev Stage

On the drawing board, the Royal Battery was meant to have an advantage of power and range with the price of vulnerability and low mobility. Almost every unit survived from the initial brainstorming session with the exception of the Javelin, which was swapped with the 501st’s AT Gun for balance purposes. 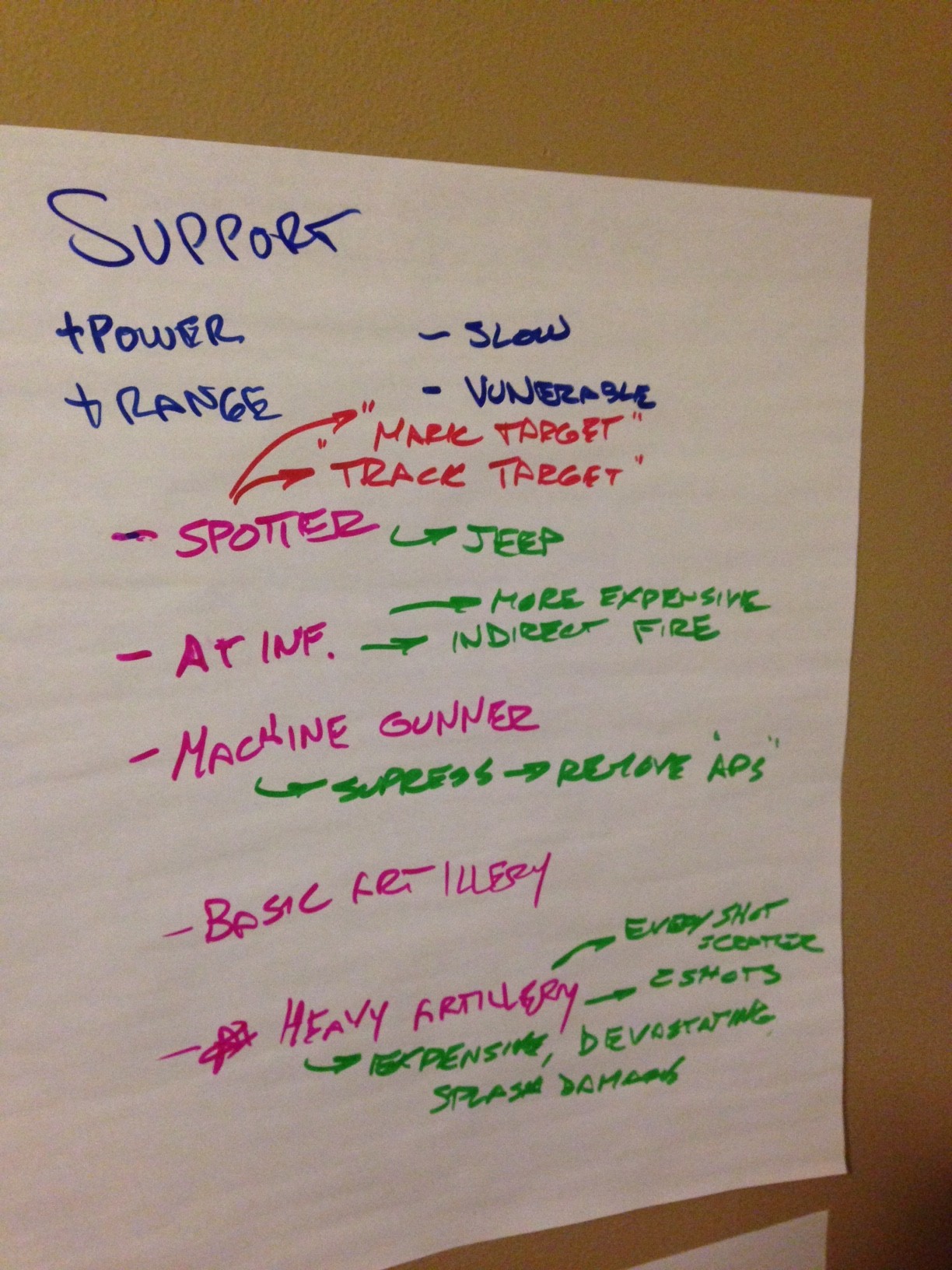 Back then the Royal Battery was just called “Support”

Lacking an indirect anti-tank solution further exposed the Royal Battery to it’s weakness versus armored units and forced the player to master both indirect and direct fire strategies within the same match.

Surprisingly, most of the unit abilities survived the entire way through the development process, including the concept of the Machine Gunner removing action points from the enemy. One mechanic that did get cut however, was the Heavy Artillery’s splash damage, which injured enemy units that were also adjacent to the target. It was decided that splash damage added too much complexity to the game and was removed. Looking back, though, it was a cool concept and might have to be added back in sometime!

How the Dev plays the Royal Battery

I usually choose the Royal Battery on smaller maps that have limited line-of-sight corridors and medium density. Operation Shellshock is an obvious choice for the Royal Battery because it allows the player to position their battery of artillery within striking distance of their opponent’s base while making it very difficult for direct-fire units to shoot back. If the map allows your artillery to spend a lot of time shooting and has tons of things to hide behind, why not take the Royal Battery for a spin?

My usual opening contains a pair of Spotters, one or two Machine Gunners, and at least one Heavy Artillery. If I’m playing second, I will deploy an AT Gun and maybe another Heavy Artillery. From that point on I always deploy at least one Heavy Artillery every turn, slowly building up a “critical mass” of Heavy Artillery firepower. If my indirect-fire units don’t have anything to shoot at I will slowly move them towards the enemy base. When moving your artillery, try to keep them spaced out to increase map coverage and prevent a devastating “wipeout” if an enemy tank breaks through. In the end, however, that idea never works out well as my artillery is always moving around in one giant wrecking ball of firepower!

Right away I give up any hope of controlling the majority of the flags. Instead, when playing the Royal Battery I focus on a slow and steady forward “creeping-barrage” towards the enemy base. My focus is on protecting the Heavy Artillery at all costs and adding one more Heavy Artillery each turn. To protect my indirect-firing swarm I try and maintain a line of Machine Gunners and AT Guns to soak up enemy Action Points and prevent a breakthrough. If the enemy slips by, a blitz at my Heavy Artillery always spells game over.

I usually win after getting a Spotter close enough to the enemy base to use “Fire Control” against it. Then you only need about four Heavy Artillery in range to completely wipe out the base. The best part is that you can usually do this from over halfway across the map, so take it steady and keep your eye on the prize.

How to counter the Royal Battery

The Royal Battery can be a tough nut to crack, but keep a few things in mind when playing against them and your fight will be much easier:

1. A weakness against armor: The Royal Battery hates tanks because armor moves quickly and can take a lot of punishment. Blitzkrieg tactics work great against the Royal Battery because closing the gap eliminates their primary advantage of range. The Royal Battery’s hard counter to armor, the AT Gun, requires good positioning and line of sight. Only a skilled player will have the forethought to properly position their AT Guns to shut down a tank rush.

2. They’re slow to rise: It should be easy to get the point advantage over a Royal Battery opponent, since their battlefield presence is usually very weak. The Royal Battery needs to invest a lot of deployment points into units that don’t go anywhere near the frontline. Knowing this; use the early game to grab as much of the map as possible and maintain pressure throughout the match.

3. Artillery is vulnerable to a flank: Once you get within shooting range of the enemy’s artillery it’s game over. All of the Royal Battery’s workhorse units have paper thin armor and fall in one or two hits. It’s so satisfying to see a few of your Medium Tanks demolish a blob of Heavy Artillery in one game-changing turn.

This is just a brief insight into the possible strategies and counter strategies of the Royal Battery. I hope you get a chance to grab the Royal Battery while it is on sale this week and can use some of the tips in this guide to jump-start your strategy.

How do you play the Royal Battery? Share your long-range strategies in the comments or forums. Happy Gaming!