This is week five in the seven week sale featuring the many commanders and gameplay styles in ReconInForce. Last week fans could read the developer’s strategy guide for the techie Mechanized Mongrels. This time we’re going to explore the special forces’ tactics of the Six O’ Six. 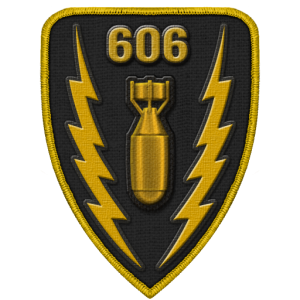 Keep reading for some background, strategies, and tips on the Six O’ Six. Then open up ReconInForce to purchase the commander for only $0.99. To keep up with the deals and happenings of ReconInForce don’t forget to check me out on Facebook and Twitter!

The Six O’ Six excel in battlefield surveillance and performing precision strikes. Their troops are basically specialized versions of each of their counterparts in the game. The “Drone” is a Scout with better mobility and sight range. The “Rangers” are a sneaky and more adaptable version of Grunts. The SF Tank has an additional action point, and the Observer is the longest range artillery unit in the game. So doesn’t the Six O’ Six outright dominate in ReconInForce?

The extra polish and effectiveness of the Six O’ Six units gives them an inflated price, leaving the player starved for deployment points and working with inferior numbers against their opponent. To adapt, a Six O’ Six player needs to focus their soldiers into tight but effective groups that are constantly mobile and alert to keep from getting overrun. Just like a real special forces brigade, the soldiers of the Six O’ Six are very good at what they do but can’t take on the entire enemy army at the same time!

One of the original five commanders conceived in January of 2014, the Six O’ Six was supposed to be a paratrooper-like unit, with aerial troops dropping from the sky behind enemy lines. The goal was to create something that embodied convergence and firepower, but whose soldiers’ were expensive and overall lacked a strong presence on the battlefield. 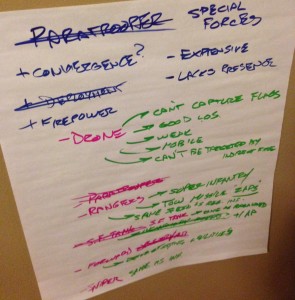 The 606 on paper. Even early on the special forces essence shows through

Even through prototyping stage, the Rangers were essentially paratroopers that could be deployed almost anywhere and acted independently. The even had a “TOW Missile” ability that allowed them to inflict major damage to enemy tanks for 2 Action Points. Ultimately, the deploy anywhere aspect had to be removed for balance reasons. And the TOW Missile had to be scratched to maintain the ambiance of the commander. 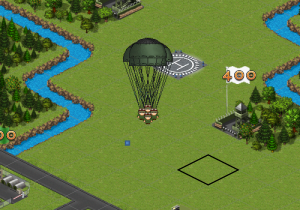 The prototype of ReconInForce had paratroopers

The Six O’ Six also had a sixth unit, even in Beta phase. The final unit was an Anti-Tank team to round out the commander and give the Six O’ Six a hard counter to armor. But through testing it was discovered that the commander was a lot more fun to play if it lacked a solid answer to tanks.

How the Dev Plays the Six O’ Six

I usually roll Six O’ Six on maps with a decent amount of cover to keep the Rangers and Snipers hidden as they sneak across the battlefield. Many of the units of the Six O’ Six have great mobility, so things like dense forests should not be shied away from. I choose two attack paths and split my forces equally down each pincer. A good mix of Rangers, SF Tanks, Drones, and Snipers does the trick. I keep a small battery of Observers in the way back to deal with emergency situations that pop up.

Don’t forget that the Drone can fly over any terrain, including water

Rangers and Snipers shoot without revealing themselves. Once they fire, they can move on without being tracked by the enemy. This is extremely frustrating for the enemy if you manage to finish off all nearby enemies because your opponent will have no way to confirm the position of your units before launching their counter-attack.

Rangers don’t reveal themselves when they attack

The Drone has a great ability called “Tracking” that I think is really under-utilized. It adds a radar icon onto the enemy and reveals them through the fog of war for the next two turns. This is great if you spot a unit that you want to hit with artillery but have run out of Action Points. Just throw “Tracking” onto them and they will be visible, juicy artillery targets next turn even if they’ve moved deeper into the fog of war.

The “Tracking” ability seems to be one of the more under-used. Try it out!

Finally, don’t forget that your Snipers have a great ability called “Incapacitate.” For two Action Points your Sniper can remove one Action Point from another enemy unit. This works great for tough armor targets like Heavy Tanks where just one Action Point can make a huge difference. Always use “Incapacitate” when aiming at a tank, as a Sniper’s normal attack does basically zero damage.

How to Counter the Six O’ Six

When playing against the Six O’ Six, keep in mind their three weaknesses:

1. They have no hard counters to armored units. When faced with tanks, the Six O’ Six must choose to counter with the extremely expensive SF Tanks or by disabling the tanks using Snipers, which is an inefficient use of Action Points.

2. They don’t have the ability to deploy smoke. Force the Six O’ Six to cross open areas as they have no way to create artificial cover. When caught out in the open they won’t be able to recover from taking significant losses

3. They can’t control the entire map all at once! When given an equal amount of Deployment Points, the Six O’ Six will not be able to maintain the same amount of field presence as the other commanders. Attack in all directions, forcing the Six O’ Six to spread themselves thin, then pick them off one at a time.

How do you play the Six O’ Six? Share your unique strategies in the forums or comments below!