This is the fourth week in a seven week sale featuring the many commanders and gameplay styles in ReconInForce. Last week fans could read the developer’s strategy guide for the deceptive and tricky Phantom Brigade. This time we’re going to dive into the strengths of a group of misfits: the Mechanized Mongrels. 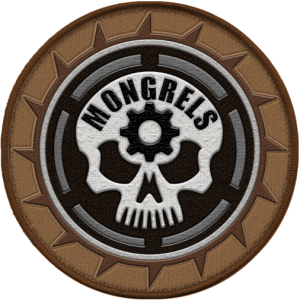 Keep reading to learn what unites the Mechanized Mongrels into a powerful commander from a hodgepodge mixture of quirky soldiers. Then open up ReconInForce to purchase the commander for only $0.99!

The Mechanized Mongrels derive their name from the nerdy bunch of oddballs that they are. The “mechanized” portion comes from their high-tech prototype units like Robots and Stealth Tanks. The “mongrels” part of their name is because they’re really a bunch of mutts: not a single one of their units can easily mix with the units of another army. In fact, the units of the Mechanized Mongrels really don’t even seem to match with each other! How’s a player supposed to make a strategy that combines Stealth Tanks and Flame Tanks, anyways?

One of the best parts about the Mechanized Mongrels is that when you play against them, you never know what to expect. Is your opponent going to throw 1200 points worth of robots down your left flank? Or are they going to sit back and build a city of Turrets and then wear you down with Rocket Artillery? A great quote from the notebook of Soviet Jr. Lieutenant describing United State’s military doctrine really embodies the strategies used by the Mechanized Mongrels:

One of the serious problems in planning the fight against American doctrine, is that the Americans do not read their manuals, nor do they feel any obligation to follow their doctrine…”

Sort of describes the Mechanized Mongrels as well, doesn’t it? Let’s look at the units in the Mongrels and see if some unit cohesion pops out:

The Mechanized Mongrels in Development Stage

The idea for the Phantom Brigade came from reading an article about the Polish PL-01, a real-life Stealth Tank. Okay, so it’s not truly invisible, it just has a really low thermal signature. But, hey, how badass does this tank look? Does it remind you of anything that you’ve seen in the game? *wink*

From there the development team started imagining an army full of prototype units. Gadgets that were experimental and way ahead of their time, but ultimately fragile and lacked real-world battlefield testing.

One item originally slated for the Mechanized Mongrels was the “Bulldozer”. The unit was supposed to be a heavily armored but unarmed tank that slogged around soaking up damage and transforming grass tiles into roads.

The Bulldozer never made it into the Mechanized Mongrels

Sadly, the “Bulldozer” just didn’t seem to be fun to play with and didn’t make the cut. ReconInForce 2? (Just kidding.)

How the Dev Plays the Mechanized Mongrels

I’ll be totally honest here: there’s really no correct way to play the Mechanized Mongrels. Every game I seem to change it up a bit; trying to dial in the right opening combination of units. Sometimes I deploy more Robots, other times I build an army of Engineers. The beauty of this approach is that every game is fresh and fun! I play to the strengths of the individual units and keep my opponent guessing.

I usually select the Mechanized Mongrels on a map that has a good mixture of open fields and cover. The cover is for hiding Stealth Tanks. The open fields are for shooting the advancing enemy at range as they try and close in on my Stealth Tanks! A great map is “Operation Blackout” with patches of heavy forest surrounded by open grass avenues. Keep in mind that the Mongrels don’t have many units that can cross rivers, to avoid selecting them on maps with lots of water. 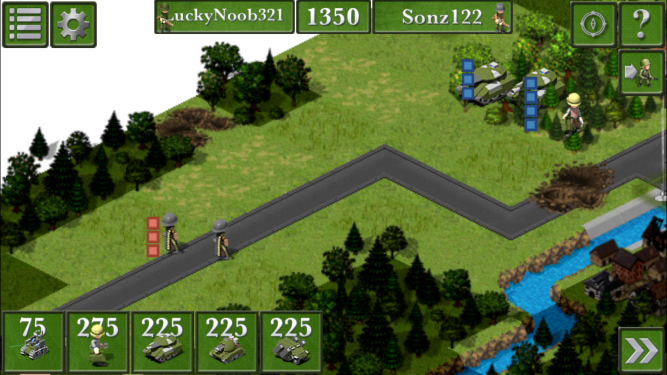 This Stealth Tank has a great sightline down the road. Perfect for an ambush!

When I enter the match I split the map into two halves: the “attack” side and the “defend” side. I’ll send an engineer over to the defend half of the map and begin building Turrets. Down the attack half I will send a handful of Robots and a Rocket Artillery. With my remaining points I’ll deploy some Stealth Tanks right up the center.

As the game progresses I will use my Engineer to build a city of Turrets on the side of the map I’m defending. Using the Robots I’ll attack up the other side. Robots inflict just as much damage as a Grunts but are extremely fragile, so before the turn is over I will deploy some smoke to try and increase their survivability. Keeping the Stealth Tanks in the center means they can respond to either side of the map quickly. Each match usually ends with a battery of Rocket Artillery finishing off the enemy base. 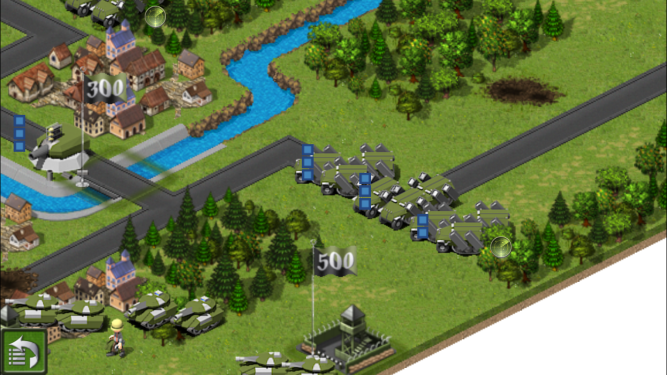 The endgame battery of Rocket Artillery

How to Counter the Mechanized Mongrels

It’s hard to suggest a counter to a strategy to the unpredictability of the Mongrels. A few truths will always remain against the them, however. Remember that the Mongrels cannot win an attrition war. Target their more expensive units and always try to finish them off. The Mongrels don’t have any hard counters to armor or artillery. Just a few Medium Tanks or Heavy Artillery will force the Mechanized Mongrels into deploying more and more Stealth Tanks; bleeding their deployment points dry.

When hunting Stealth Tanks, watch the smoke trails. It’s a dead giveaway to the position of the Stealth Tanks. A few Barrages from your artillery can wipe them out, even without visual confirmation that they’re there.

Follow the smoke trail back to the Stealth Tank

Also, when given the choice, always kill the Engineers first. If you let them live until the next turn they will undoubtably spawn a Turret which just leads to a headache!

This is just a brief insight into the possible strategies and counter strategies of the Mechanized Mongrels. I hope you get a chance to grab the Mongrels while they are on sale this week and can use some of the tips in this guide to jump-start your strategy.

How do you play the Mechanized Mongrels? Share your unique strategies in the forums or comments below!