Version 4163 is here with some user interface tweaks, bug fixes and map updates! In addition, you’ll find two major unit swaps as the “Javelin” and “AT Gun” were traded between the Royal Battery and the 501st commanders. The “Javelin” will help 501st players do even better in rough terrain such as cities and forests with it’s indirect fire capabilities. The “AT Gun” will also make a good addition to the Royal Battery underlining the commander’s reliance on long range. Read on for the details, and of course if you haven’t already check out the Facebook Page or follow me on Twitter! 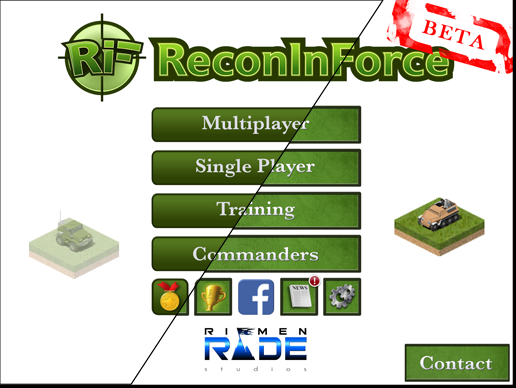 All these changes are a result of feedback from Beta Testers like yourself, so keep those ideas coming! If you have any ideas for improving the game, feel free to email me using the Contact button in the main menu of ReconInForce. Thanks,